With Britain’s Got Talent back on our screens, we got the chance to catch up with British magician and mind reader Richard Jones and Dancer George Sampson. We reckon everyone was playing online bingo while waiting to go on stage, but read on to find out about their funniest moments, backstage gossip and plans for the future!

go while waiting to go on stage, but read on to find out about their funniest moments, backstage gossip and plans for the future!

What was Britain’s Got Talent like this time around compared to the first time?

The first time around I was only 14 years old and I went into the show fearless. Initially, my goal was to get to the semi-finals of the live rounds and that went well as you know. I never thought I would win the show! I enjoyed the ride back then I was young and doing something I loved, doing it again last week was different…I’m 26 now. I’ve learnt a little more and I had more of a game plan. I put more thought into what I needed to do, I was more nervous this time around, but it was just as fun.

Probably just everyone getting on with eachother and respecting each others talent and we all have a laugh and a joke.It’s great to watch Stavros and his son perform and warm up they are so funnybut brilliant at the same time, they do make us laugh on and off camera. 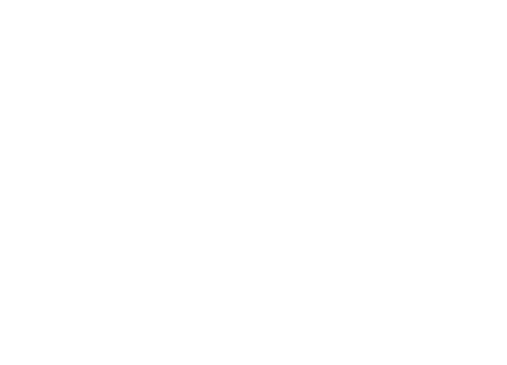 Is there anything cut that we don’t see athome?

Well they do sometimes cut out some of whatthe judges are saying as sometimes they can be talking and critiquing forever.Also sometimes you only see a snippet of someone’s performance, that’s usuallyif they aren’t going through to the next round. They wouldn’t be able to showeverything that happens in just 90 minutes there’s always too much going on.And things like the make-up artists run on in the break to touch the judgesfaces up and the stage hands run on to clear or set up the stage and there’s awarm up guy keeping the crowd really entertained. It’s a massive production somuch time and effort goes into making everything run smoothly.

If you could vote for 1 other act this timearound who would you vote for?

Well I’m really glad that Stavros and his son got the Golden Buzzer last weekend. I absolutely love them and the audience were going crazy for them. I also loved Billy and Emily England the roller skaters, but I’m going to say Richard Jones he’s a really lovely lad we’ve become friends. I’ve got a lot of time and respect for him, he’s a true gent.

What have you done since winning the firsttime around?

I’ve done lots of films and dramas plus lots of tours and the West End and since Saturday last week I’ve done the press launch for this year’s panto. I’ve kept myself really busy for which I am grateful.

In the past 12 years of this Britain’s GotTalent buzz I’ve learnt so much. I still want to do reality TV, stage andtheatre and any chance to perform is what I love. I want to live comfortablyand have fun. My dream job is entertaining people so I’m already halfway there.

What did you do before you became famous on Britain’s Got Talent?

Before Britain’s Got Talent I joined the British Army in 2010 and I studied for a year at the Royal Military School of Music. I spent 3 years with the band of Parachute Regiment before being posted to the band of the Household Cavalry as a mounted duty man. I still work today in the forces alongside my magic.

What did you think when you were on Britain’s Got Talent?

I won Britain’s Got Talent in 2016! Can you believe I won with over 2.5 million votes from the public? I mixed both my passions for the army and magic and I won £250,000 and got the chance to perform at the Royal Variety performance where I got Prince Charles to become my assistant for my trick, a once in a lifetime opportunity.

Being back on Britain’s Got Talent was a greatnight. The crowd were so kind. Darcy is a lovely guy and a fantastic magicianso I’m really happy he went through. It was such an honour to return. Eventhough I didn’t win, I had an absolute ball.

Any top gossip you can tell us?

Ohh well Prince Harry, who I’ve met a few times at Garden parties and at Buckingham Palace, well apparently he watched Britain’s Got Talent the year I was on but he missed the final, however he did say to me he had watched it on YouTube. As you know, he’s an army guy as well, so I think he appreciated my stories. He was a really lovely down-to-earth guy and I couldn’t believe he knew who I was when I met him.

What have you done since winning?

Since winning the 10th series of Britain’s Got Talent, I went on to star in my own one-off, hour-long prime-time ITV Show called Operation Magic. During the show I entertained fellow troops and singer Katherine Jenkins. I still combine my busy magic show schedule with my duties in the Household Cavalry band. I’ve also performed shows for the CIA and MI6. I love still being in the army but also performing magic.

How was your UK magic tour?

I toured the UK with my Power of Imagination tour. Itstarted in August 2017 then in early 2018, it was confirmed that I would bedoing my magic at Butlins holidays sites. Then again, this year I’ve toured theUK with my Escape: Breaking The Limits Of The Mind act. With this show I’mtrying to implant messages throughout every piece of magic. A lot of it doesn’tclick until the end of the show and I’m trying to combine my army work with mymagic.

If you are looking for more Britain’s GotTalent magic, hop in to our exclusive Britain’sGot Talent bingo room! There are loads of cash prizes to be won anda Judges Jackpot prize up for grabs. Have you got what it takes – or will youget buzzed out by the bingo balls?!

Itching for some more celebrity gossip? Checkout our blog on randomacts of kindness by celebs. N’awww!