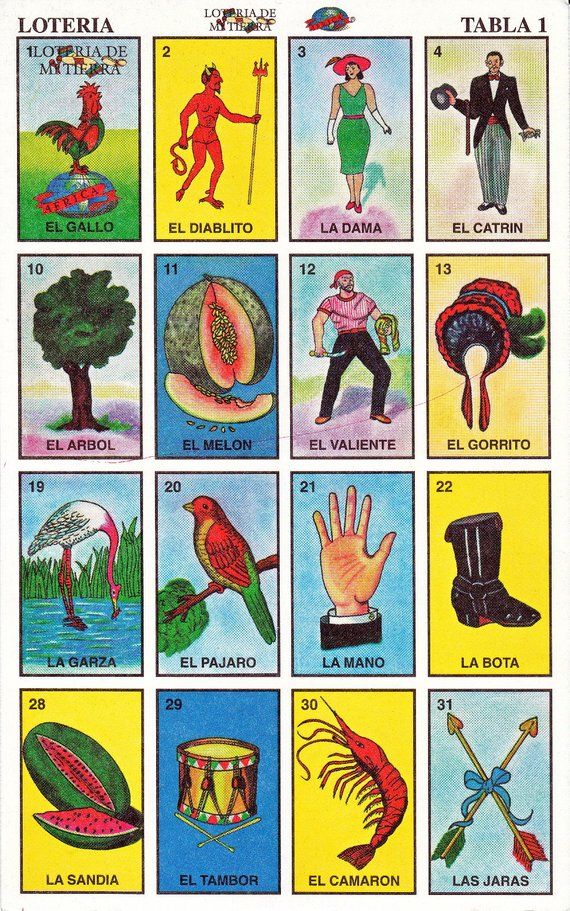 Loteria Mexicana 10 tablas - Mexican Bingo Game
Mexican Lottery Game is similar to Bingo
Juego de la Loteria Mediano con 10 tablas para jugar
La Loteria Mexicana - Juego de Mesa para ninos y adultos.
Spend hours of fun with the beloved Mexican Lottery board game from La Mexicana (10 tables). Its an excellent game that provides entertainment for all the family anywhere you go, its also ideal for children's parties and when traveling. Its a traditional game that never gets old and is loved by kids and adults of all ages.Lottery has a similar format to Bingo since it is a game of chance that uses a deck of cards. The only differences being that Lottery utilizes images on its deck instead of numbers like in Bingo. Every picture on the deck of cards is named and numbered, though the numbers don't serve any purpose to the game. All players must use a table, which is a large card with a different selection of images to play with and that will be marked as images are pulled from the deck. The table is commonly marked with a game piece or any type of marker, in Mexico pinto beans are used as the markets. In order to start the game there must a dealer who will be in charge of holding the deck and pulling out random cards that he will name out loud, the dealer will sometimes use a riddle or a humorous tone as his calls them out. The winner of the game is automatically determined by the first player to score 4 pieces (in a horizontal, vertical, or diagonal row) and that has shouted 'Lottery'.